The Blue City of India - Jodhpur

Jodhpur is also referred to as the Blue city of Rajasthan, Gateway to Thar desert, and also The Sun city. Jodhpur is located in the center of the Rajasthan state. What makes Jodhpur famous amongst tourists are snacks & sweets, blue-painted houses, temples, and also Mehrangarh fort. There are various heritage shopping streets in Jodhpur. In the earlier time, Jodhpur was the capital city of Mewar and is one of the most enchanting cities of Rajasthan. As the houses and walls are painted blue in Jodhpur so during the aerial view of this city you can see mesmerizing blue color all over. Some other top attractions of Jodhpur are Umaid Bhawan Palace and Jaswant Tada. there is magic in every corner in Jodhpur be it eating joints, guesthouses, hundreds of shops, and also Sardar Market and Clock tower which is the landmark. The Hollywood movie “Dark Knight Rises” which was having a seen shot in Jodhpur attracts hundreds and thousands of tourists from all around the world.

Where to stay in Jodhpur

Where to eat in Jodhpur

Some of the places where you can have some delicious and hygienic food in Jodhpur are Shandar Sweet house, Gypsy, Indique, Janta Sweet House, Mehran Terrace, Jharokha, Baradari Restaurant, Darikhana, Hanwant Mahal, White House Cafe and other than this you can also visit some street food at Pal Road, Clock Tower Market, C Road Sardarpura, Mahalaxmi Misthan Bhandar, and many such places.

In this 2n/3d Jodhpur tour package, visit some of the prominent places of Jodhpur such as Rai Ka Bagh Palace, .... In the previous time, Jodhpur was the capital city of Mewar and is one of the most captivating urban areas of .... Love exploring places? Then Travel Ride can be your best option. Our Jodhpur Jaisalmer package will provide yo.... 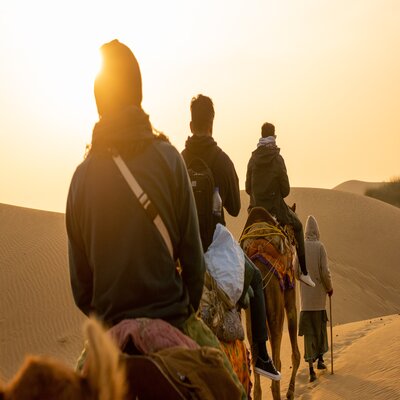 Love exploring places? Then Travel Ride can be your best option. Our Rajasthan tour package will provide you a.... 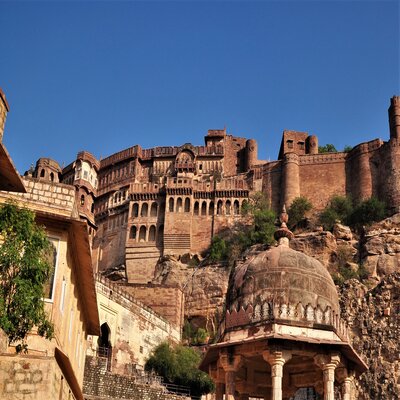 Escape to rejuvenating from your monotonous life by opting for theTravel Ride Tour packages. Our Udaipur Jodhp....