The Door To The Divinity

Haridwar is a city located in the Garhwal region of Uttarakhand. This city welcomes its tourists with the Chanting of mantras and chirms of bells in temples. As one enters the Haridwar city they can see saints on the roads chanting the name of Lord Shiva. Haridwar is the seventh holiest place also known as Sapta puri.

Haridwar is the city where the Samudra Manthan was held and Haridwar with Nasik, Prayagraj, and Ujjain celebrated Kumbh Mela every 12 Years. Haridwar is like a kaleidoscope of India’s culture and Development. In Puranas, Haridwar is referred to as Mayapuri, Gangadwar, and Kapilsthan.

Har-Ki-Pauri in Haridwar is the place where the drops of Amrit (the nectar of immortality) fell and people from different states of India come and have a dip in the holy water of Ganga at Har-ki-Pauri so that their sin can be minimized and they can get Moksha. Haridwar is also the primary center for the Kanwar pilgrimage where millions of devotees gather to have the holy water of Ganga and carry it for hundreds of miles on foot to offer it to Lord Shiva.

During the Mahabharata period, sage Dhaumya referred to Gangadwar which is Haridwar as the place of Tirath in Indian. It is also said the saint Agastya did his penance in this place with the help of his wife Lopamudra. Also the grandson of great King Sagar (ancestor of Lord Rama), King Bhagirathi did his penance during Satyug to bring heavenly Ganga on Earth in Haridwar only.

He did this for giving moksha to his 60,000 ancestors and to get rid of the curse given by saint Kapila. Haridwar city was also under the rule of the Mauryan and Kushan empires from 322 BCE till the third century. The Archeological findings are also having proof that terra cotta culture existed here during 1700-1200 BCE.

Haridwar was connected with railways first vis Laksar in 1886 through a branch line when the Awadh and Rohilakhand line was extended to Saharanpur through Roorkee which was extended to Dehradun later on in the year 1900. Haridwar is also having its name in Ayurveda and herbal remedies and is also having the school of traditional remedies “The Gurukul”. It is having a major dam Bhimgoda which was built in the year 1840.

Why is Haridwar Famous

Haridwar is a district of Uttarakhand which is also known as the door to the city of God. Haridwar is one of the oldest cities in India. During ancient times, different names were given to this city like Gangadwar, Mayapuri, Kapilsthan, etc. According to mythology at this place king, Bhagirath performed penance so that the souls of his ancestors can get moksha from the curse of Saint Kapila.

At this time only Heavenly Ganga for the first time came on Earth and the son of King Sagara was revived. Till this time this tradition is followed by the Hindus so that their ancestors can get moksha by going to Holy Ganga. So here is the first thing for which Haridwar city is famous and that is sacred rivers Ganga and Yamuna, where millions of people came to get moksha. Other than being the sacred land for rivers Haridwar is also indicating fabulous Indian history, rich civilization, and cultural values.

Haridwar narrates many stories from Hindu Puranas. There are various temples that are important sites in the Hindu religion. There is Mansa Devi temple, Chandi Devi temple, Bharat Mata temple dedicated to mother India, Daksh Mahadev Temple, Maya Devi temple. All these temples make Haridwar a good site for pilgrimage tours. Besides promoting pilgrimage tours one can also visit famous ashrams like the Sapt Rishi ashram where the seven rishis were in penance so the river Ganga is divided into seven streams so that their penance is not disturbed by Holy Ganga.

There is Shantikunj ashram which was established by Pandit Shree Ram Sharma Acharya in the year 1971. This ashram is also a major attraction in Haridwar city which promotes a spiritual lifestyle and also provides shelter to the tourists.

Shantikunj is also having a college named Dev Sanskriti Vishwavidyalaya which is supposed to be a dream place of Pandit Shri Ram Sharma Acharya and here youth are trained and given Shiksha and Vidya together.

There is Patanjali Yog Peeth for those who want to learn the ancient art of yoga this Institute is run by yoga guru Baba Ramdev Ji. In Haridwar, you can also have a close view of Nature in wildlife sanctuaries like Chilla wildlife sanctuary and Rajaji National Park. One can enjoy different types of safaris like canter safari, elephant safari, jeep safari, etc. You can spend a day well here by having the view of lush green jungles and different types of wildlife in their natural habitat untouched by Humans.

Millions of people get attracted to this festival and they come to Haridwar to have a dip in Brahma Kund at Har-Ki-Pauri. It is believed that even by taking a single dip in this holy water one can be freed from all his sins and can get Moksha. Haridwar is also having something for shopaholic persons, you can shop for some really good handmade items made of wood and shells and can also give it to your loved one as souvenirs. 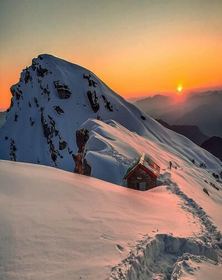 This Chopta Tour Packages of 2 nights and 3 days will be starting from Haridwar- the land of God. This Chopta ....

This 1 night and 2 days package of Haridwar tour Packages is from the capital of India which is Delhi. Haridwa.... 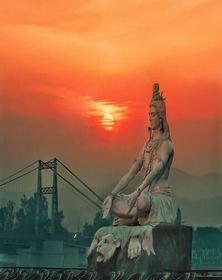 In this 3 nights and 4 days, Haridwar Rishikesh Adventure package is from the capital of India which....

Your Uttarakhand Tour Packages of 10 nights and 11 days will be starting from Delhi- the capital of India.... In this 2 nights and 3 days Kedarnath Tour Package is from the City of God which is Haridwar. Haridwar is home.... In this 4 nights and 5 days, Do Dham Package to Kedarnath & Badrinath Dham is from the City of God wh.... A Memorable Trip to Haridwar

A Memorable Trip to Haridwar