The Wonder Land of India - Agra

Agra which is located on the bank of the Yamuna river is famous worldwide for the Taj Mahal which is among the seven wonders of the world. It is often visited as a part of the Golden Triangle with Jaipur and Delhi. Most Foreign tourists are having Agra on their travel list while traveling to India. It is located at a distance of 200km from Delhi, the capital city of India. In Agra, you can have a view of the World’s wonders and also some other tombs and palaces that were constructed by the Mughal empire during their rule. Agriculture and marble work is the most common profession that can be seen in Agra. here you can enjoy various types of cuisines from Indian to Indo-Persian everything is so delicious. Agra is also having many fancy and rooftop restaurants with the view of the Taj that is really mesmerizing. The specialty of Agra is a sweet called Pethas which you can get in almost every shop so don’t forget to take it along for your family and loved ones.

Where to stay in Agra

There are a number of budget hotels where you can make your stay comfortable such as ITC Mughal, Crystal Sarovar Premiere, Hotel The Taj Vilas, Hotel Taj Resorts, The Retreat, Radisson Hotel, Hotel Clarks Shiraz, Hotel Aditya Palace, Howard Plaza Hotel, Courtyard by Marriot and many more.

Where to eat in Agra In this Agra and Fatehpur Sikri tour package of 2nights and 3 days you will be getting a chance to go through ....

In this tour package of 3 nights and 4 days, you will be exploring some prominent cities of Uttar Pradesh such.... In this 1 night and 2 days Agra tour package you will be exploring Agra which is acclaimed all around the glob.... This 2 night and 3 days Agra tour will take you to Agra which is famous all around the world for the Taj Mahal.... 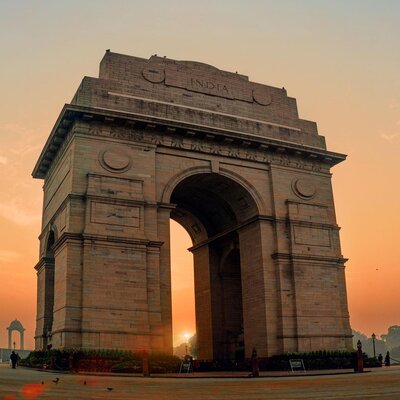 Cities like Delhi, Agra, Mathura and Vrindavan will be explored in this 4 nights and 5 days tour package. Agra....