India is an incredible country for its nature, culture, climate, religion, historical places, etc. other than this India is also famous for its wildlife tourism as the 4% of total countries land that is about 1,40,000 sq km of area is allotted for the protection of wildlife in India. In the earlier time, there were various marine and wildlife species that were on the verge of extinction. But in recent times, the government of India brought the protection and nourishing plan to preserve them. Through this plan, they not only protected and preserved the wildlife in the jungle but also created awareness and educated the huge population on how not to harm but protect our wildlife species. And this is how animals and men learned to live in harmony and peace. There are about 421 Sanctuaries and 75 National Parks, and among this 19 fall under the purview of Project Tiger. The Geographical conditions of our country and the climatic diversity makes it a better place for around 360 mammals and 1300 species of birds to live in. India is also called a land of animals like rhinoceros, elephants, tigers, and peacocks and the wildlife here is a delight for nature lovers. You can find various wildlife centuries in all north, south, east and west parts of India.

India is having some of the finest tiger reserves, bird and wildlife statuaries. Some of the famous “Project Tiger” wildlife reserves are located at Bandhavgarh, Kanha and Ranthambore National Park. this positive step is taken in such areas to save and preserve the Tiger in India who were on the verge of extinction in the past. There are some of the finest bird sanctuaries which are located in areas like Ranganathittu, Vembanad and Bharatpur Bird Sanctuaries. There are some other wildlife sanctuaries like the Tiger Reserve at Nagarhole wildlife sanctuary, Shivpuri Natural Reserve, Jim Corbett National Park and Bannerghatta National park. In these National Parks, you can find deer, monkeys, tigers, lions, elephants, cheetahs, leopards, Sloth bears, rhinoceros blackbuck, wild boar, cobras and peacock that are the major attraction in India. The wildlife attraction of India is immense and worth appreciation. In India, various rare and endangered species are reserved for the tourist worldwide to visit them. Some of the major National park and Wildlife Sanctuaries of India are as following:

This is the first wildlife reserve of India and is spread in the area of 500 sq km in the foothills of the Himalayan range. This National park was established in the year 1936. This Jim Corbett national park was named after a famous icon hunter who later turned conservationist that is Mr. Corbett. Corbett attained the position of the first national park that was established in Northern India in the foothills of the Himalayan range in the year 1936. This part is located at an altitude of 365 meters to 1100 meters above sea level. The best time to visit this National park is from 15 November till 15 June but remains closed from June till October due to the heavy rainfall.

This Ranthambore National park is located near Sawai Madhopur at a distance of 11 km in Rajasthan. This National park was recognized as the game sanctuary in the year 1955 and later in yea 1973 the ‘Project Tiger’ was brought here and in the year 1980, this sanctuary became a National park. This National park is the home to Bengal tigers. As per the recent reports, there are 40 tigers that are existing in this national park from which 14 are males, 16 are females and around 10 are cubs. The best time to visit this National Park is from October till March month and again from April till June month but from 1 July till 30 September each year, this park remains closed.

This National Park was established in the year 1955. The name of this park is derived from two Kannada words  ‘Nagar’ which means the snake, and ‘hole’ which means stream, as in this tropical park you can see many streams snakes. This national park is part of the Nilgiri Biosphere Reserve, which is the largest protected forest area in India. You can visit the National park throughout the year but during the mating season and monsoon season, the National Park remains closed.

Gir National Park and Wildlife Sanctuary are located at a distance of 65 km from Junagarh which is in Gujarat. This park was established in the year 1965 and is spread in an area of over 1412 sq km. out of this 1153 km is a wildlife Sanctuary and the other 258 km is a protected area where endangered species are kept. Here you about 40 species of reptiles and around 2000 species of invertebrate. There are around 250 species of birds that can be found here. The best time to visit this national park is all year round but the ideal time is from November till June month.

This national park is spread in an area of over 105 sq km and other than this the buffer area is around 400 sq km. this National Park is named on the name of Bandhavgarh mountain which is of a height of807 meters. There is also an ancient fort which is located on the mountain. As per the legends, it is believed that this form was gifted to Lakshman who was the younger brother of Lord Rama. This park as officially acknowledged in the year 1982. In the year 1993, this park was declared under Project Tiger. The best time to visit this park is from the month of February till June, but during the monsoon season from 1 July till 30 September, this park remains closed. 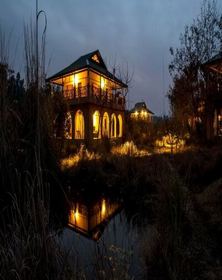 Your Jim Corbett tour packages of 2 nights and 3 days will be starting from Delhi, Jim Cor.... 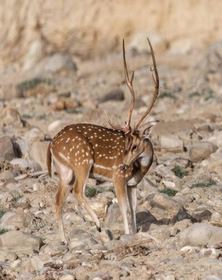 There are six zones in the Jim Corbett packages that can be seen through three types ....

In this Lucknow and Dudhwa National Park Holiday Package of 3 nights and 4 days you will b.... Are you a wildlife enthusiast? If yes, then this wildlife & Beach tour package of Gujr.... Grab a wonderful chance to visit the National Parks located in the state of Madhya Pradesh.... Get ready with us through our Madhya Pradesh National Park tour package to witness and exp.... Thinking of a wildlife tour? Then get ready to witness the wilderness nestled in the beaut.... 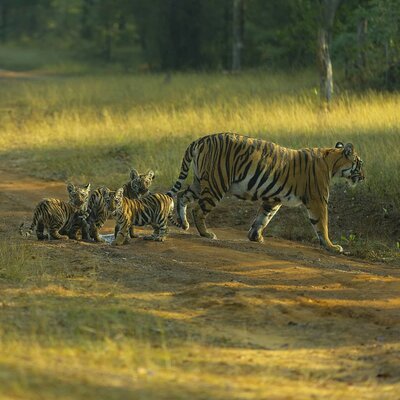 Are you excited to wander in the wilderness of National Park? So, get ready to explore thi....

Welocme to the Paradise of Elephants - Rajaji National Park

Welocme to the Paradise of Elephants - Rajaji National Park