The City of Pride and Honour -  Chittorgarh

Chittaurgarh is one of the prominent cities of the State of Rajasthan and is located towards the Southside of the State. Two rivers Gambhir and Berach flow from the city and give the city a serene look. History has it that it was the capital of the Sisodia Rajput Dynasty of Mewar. The name itself suggests that there is a Chittor Fort here that is the largest Fort not only in India but in the whole of Asia. The Fort has seen at least three major wars whereby the Rajput rulers fought bravely with the Muslim invaders. One of the largest Zinc-Lead smelting smelters is present at Chanderia. It is one of the largest smelters in the world and its annual production is around six lakh ten thousand tonnes of zinc and lead together per annum. Silver and Cadmium are valuable by-products that are also produced here. It is located at a height of 394 meters above sea level. Much of the places in India are connected through a Golden Quadrilateral highway system present at Chittorgarh. East-West Express highway and National highway number 76 and 79 also cross through it.

Where to Stay in Chittorgarh

There are many hotels to stay in-

Where to eat in Chittorgarh

There are many restaurants in Chittorgarh where you can eat- 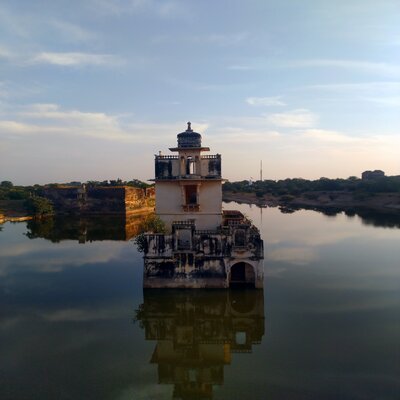 Chittorgarh Trip offers you to explore some of the prominent places to visit in Chittorgarh such as the temple.... Chittaurgarh is one of the prominent cities of the State of Rajasthan and is located towards the Southside of ....