Kedarnath Dham is a holy Hindu town that is nestled in the Rudraprayag district of beautiful Uttrakhand in India. It is one of the Char Dhams situated in the beautiful Himalayas. Kedarnath temple is in the Kedarkhand region of the state of Uttarakhand. The temple is located at a height of 3583 m and can only be reached by an uphill trek of around 22km. this sacred temple has one of the twelve Jyotirlingas of Lord Shiva.

As per the mythological account, Nara-Narayana requested Lord Shiva to reside here, to which he agreed. Legend says that Pandavas, on the advice of sage Vyasa came here to ask forgiveness for killing their kith and kins in the Kurukshetra war. Lord Shiva thought otherwise and turned into a bull and camouflaged himself among the cattle, but on being recognized by Pandavas, sank himself into the ground going head-first. It was Bhima who caught him by the tail forcing lord shiva to appear before them and forgive them. Pandavas then built the temple at Kedarnath Dham.

Hindu devotees in million make a sacred pilgrimage to Kedarnath with the sole intention to cleanse their souls by asking forgiveness for their sins. People want to go on this sacred yatra at least once during one’s lifetime for spiritual upliftment and to attain freedom from the cycle of life and death. People also want to attain peace and prosperity in their life and thus undertake Kedarnath Yatra to acquire the divine blessings of the deity who have mythological powers to heal and bestow moksha to the pilgrims offering prayers.

Helicopter services are available from Sahastradhara, Dehradun. You will board the helicopter at the Sahastradhara helipad and the flight will take you to Guptkashi/Phata helipad. After landing at Gupt Kashi/ Phata helipad from Gangotri after changing the helicopter you will be heading towards Kedarnath which is almost 10 minutes away from Guptkashi. Here you will get a view of the astonishing beauty of the Himalayas, serene nature pretty sky, mountains all covered with snow. The mesmerizing beauty will enthrall you and the Kedarnath site shall ever remain a cherished memory for years.

You will be heading towards Jal Abhishek and VIP darshan at Kedarnath temple. After Darshan, you will be taken to the hotel booked at Guptkashi and then you will be leaving for Kedarnath helipad to Guptkashi helipad and from there via helicopter service, you will land at Sahastradhara helipad with a memorable experience. This fantastic tour of Kedarnath Yatra by helicopter will provide you with some good memories for a lifetime.

The best time to Visit Kedarnath Yatra is between September to October and May to June when the snow has melted and there is no rainfall. The temperature in the months April, May and June ranges between 15 to 30°C. The visitors can easily visit the various temples, indulge in sightseeing and trek up the various trails around the town.

From the months of November to March every year, Kedarnath Dham remains close due to snowfall in the region and is therefore inaccessible. The temperature at this particular time goes below sub-zero levels with heavy rainfall. In this 2 nights and 3 days Yamunotri Dham Package is from the City of God which is H.... In this 4 nights and 5 days, Yamunotri Tour Package is from the Capital  City of Indi.... 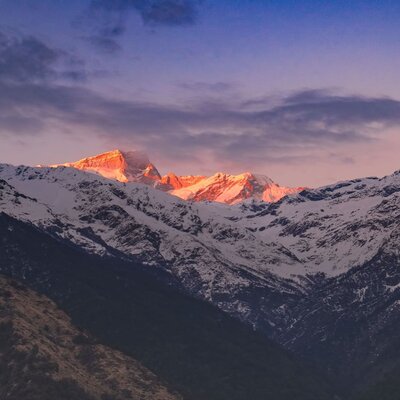 In this 6 nights and 7 days Teen Dham Package to Gangotri, Kedarnath & Badri.... In this 4 nights and 5 days, Badrinath Tour Package to Badrinath Dham is from the cap.... In this 2 nights and 3 days Kedarnath Tour Package is from the City of God which is Haridw.... 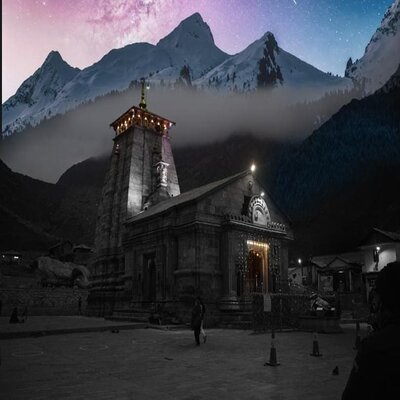 In this 4 nights and 5 days, Kedarnath Trip Package is from the capital city of India.... Do Dham Tour Package From Delhi

In this 6 nights and 7 days, Do Dham Tour Package to Yamunotri & Gangotri Dh.... In this 4 nights and 5 days, Do Dham Package to Kedarnath & Badrinath Dham is fro.... In this 8 nights and 9 days, Chardham Tour Package to Yamunotri, Gangotri, Kedarnath .... In this 10 nights and 11 days Chardham Tour Package to Yamunotri, Gangotri, Kedarnath.... In this Amarnath & Vaishno Devi yatra tour package, you will be completing the trip in.... Yatra for Kedarnath Dham starts in the “City of God” which is Haridwar. Kedarn.... Kedarnath is settled among the magnificent Himalayas that draws in quantities of explorers....