Nestled between the two fantabulous towns of Jodhpur and Bikaner, Nagaur is a beautiful small town. This ravishing town beautifully flaunts the reminiscents of the past in the form of the ancient architectures. Nagaur is famed for its red chilly market and many historical places.

The beautiful town celebrated the most famous Cattle Festival also called Cattle Fair of Nagaur is the second largest festival in India. It is celebrated in The months between January. This grand festival is dedicated to the trading of animals- camels, horses, and bullocks. Several traditional competitions are also held in this festival like- camel race, tug of war, bullock cart races, cockfights, moustache competitions. The festival is 8 day fair and also hosts the largest chilli market in India along with the display of other Indian spices, leatherwork, wooden arts and crafts.

One can find the typical Marwari food in most of Nagaur. Here is a list of some popular cuisines to have when in Nagaur- Dall Batti Choorma, Tarri Poha, Saoji, Param Ki Daal, Matka Biryani, Kebabs and some other delicacies too.

What is Nagaur famous for

The beautiful Nagaur is famed for its spices. The district Nagaur has huge mineral resources. It is also known in the world for owing the presence of Makrana marble. Visit this place for its most famous cattle fairs and several historical places that have ancient reminiscents.

The pretty Nagaur do not have much for shopping. But yes one can shop some items like- Red Chilli, wooden items, iron crafts, and leather accessories, pretty local handicrafts, cloth, and jewellery. Head towards the famous markets of Nagaur. Here is a list of some of them are- Red Chilli Market- one of the oldest market from where one can purchase a chilli in a wholesale rate, another market is the Gramashilpa from where you can purchase Khadi products like Silk sarees, shirt, Kurta, pillow cover. One can even buy food and vegetable products like- Honey, Sarbat, amla sugar controller, and Mango.

Where to eat in Nagaur

Missed travel experiences? Then pack your bags for the mind-blowing escapes. We Travel Ride proudly offers you....

Cultural Tour of Rajasthan From Jaipur

Thinking of booking Rajasthan cultural tour? Then Travel Ride can be your best option. We have a well-organize.... 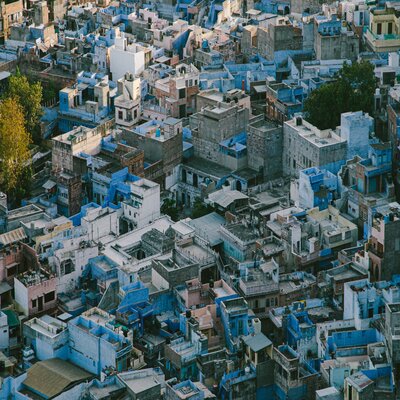 The 4 nights and 5 days of Rajasthan Tour will start from the capital city of India. Here you will be vis....