Mysore is nestled in the foothills of the Chamundi hills and is the third most populated city in the state of Karnataka. This city has a rich heritage that attracts travellers throughout the year. The other name for Mysore is Mysuru. It is the three largest princely states in the erstwhile British Empire of India.

What is Mysore famous for?

Mysore is known for holding the marvellous Mysore Palace- a UNESCO World Heritage Site. It is indeed known for its royal heritage and marvellous buildings and pretty monuments.

Mysore Palace is one of the most beautiful palaces to visit. It beautifully flaunts its Indo-Saracenic style of architecture. The other name for it is the Amba Vilas Palace. It is visited for its pretty light and sound show and colourful Dussehra celebrations.

The stunning Brindavan Gardens is constructed across the Kaveri river. Head towards this beautiful place in the evening time as the fountains light up in numerous colours that truly leaves one spellbound.

Chamundeshwari temple is built atop the Chamundi hills. The idol of the deity is made of gold. The temple features the fierce form of shakti. Visit this temple as it is a beautiful place to pay a visit.

Shuka Vana holds around 2000 birds. It is a must-visit for Ornithophiles and nature lovers too. It also holds around 450 varied species. One can even find here several species of parrots flying around this pretty enclosure.

Thinking of Vacation? then Mysore can be your great choice. Add some exciting places and things to do here on your tour itinerary. Head towards the Mysore zoo and spot bears to Jaguars and other animals too. It is a perfect place for wildlife enthusiasts. Explore the Bandipur National Park that was once the hunting grounds of the Maharajas of Mysore. It has a rich elephant population and has a significant number of tigers and thus it was included under Project Elephant and Project tiger.

Pay a visit to St. Philomena’s Cathedral that was built in the year 1956 and is a major attraction in Mysore. It beautifully flaunts its Gothic architecture and looks amazing in the evening.

Visit the Karanji Lake that is next to the Mysore Zoo. It is a paradise for nature lovers. Enjoy boating here and bask in the rejuvenating serenity of this place. Explore the Shivanasamudra Falls that is another famous place to explore here. It is indeed a very beautiful place to spend time with your loved ones.

Be it a family vacation or a romantic weekend escape, Mysore makes it just a fabulous destination for everyone.

Mysore is famous for sandalwood, sweets and silk sarees. There are a lot of stores from where one can shop according to their choice-Government Silk Weaving Factory, Government Sandalwood Oil Factory, Devaraja market, and Cauvery Arts and Crafts Emporium.

Mysore is the aptest destination to escape for a rejuvenating vacation. One visiting can book hotels, resorts, and homestays on reaching the site of their visits. On other occasions, one can book online in advance which will make one escape from the anxiety of the travel tour.

The State highway connects Bangalore to Mysore. One can avail the Karnataka Road Transport Corporation buses to reach Mysore.

The perfect time to explore Mysore is in the monsoon and winter season – July to February, as the weather is salubrious and very apt for sightseeing

April to June are the summer months in Mysore with the temperature ranging between 20 to 30°C. Avoid this season to explore as the weather is not very apt for sightseeing.

The months from July to September is considered to be the monsoon season with the temperature ranging between 20 to 29°C. The weather remains calm and pleasant. This is the best time to explore the places.

The months from October to March is the winter season and is the most perfect time to explore Mysore. Plan a trip during this season and attend the festivals of Diwali as the whole city is witnessed with colourful decorations. Coorg is also known as Madikeri which is located in the state of Karnataka. Through our exotic Coorg tour pack.... 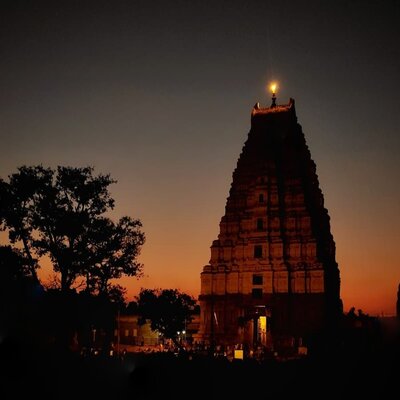 Hampi is nestled in the state of Karnataka and is a UNESCO World Heritage site. We are here to offer the Hampi.... Coorg is renowned to be one of the drifted pieces of Heaven. We offer you the best Mysore & Coorg tour pac.... 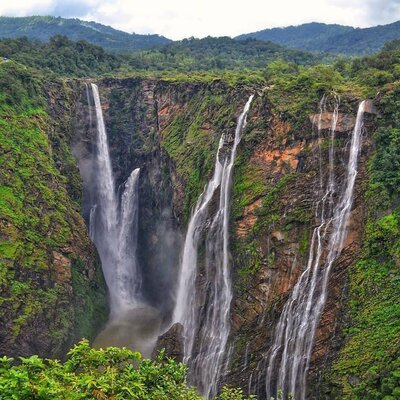 If you're a devotee of Lord Shiva then this tour will surely gonna leave you in awe. This Udupi & Muru....